We’re a small practice with a strong commitment to building long term relationships with our patients. Our team of professionals are experienced, compassionate, and dedicated to your dental health. 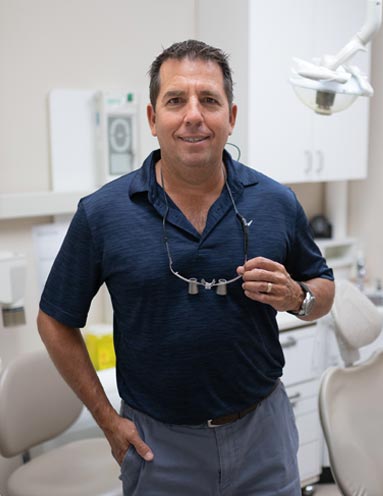 Dr. Pohlman grew up in our area and went to Belle River High School when he was a teenager. He studied dentistry at the University of Western Ontario, where he graduated in 1990. After he graduated, he practiced dentistry in Leamington until 2004. In 2004 he took over Dr. Heiser’s practice in Essex and he has practiced here ever since.

Dr. Pohlman is always upgrading and enhancing his skills through continuing education and he makes a point of staying on the leading edge of dental technology. 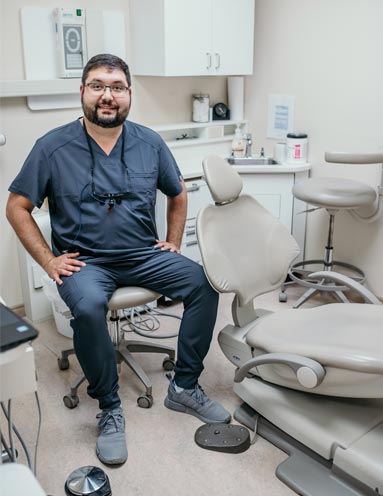 Dr. Ionut Pricop was raised in Windsor, Ontario and attended Catholic Central High School, after which he completed his BSc. and MSc. Degrees in Biochemistry at the University of Windsor. Upon completion, Dr. Pricop worked as a researcher for a local pharmaceutical company and although stimulating, his thirst for knowledge motivated him to pursue dentistry. Dr. Pricop was awarded his Doctor of Dental Surgery Degree from the University of Melbourne, Australia. Upon his return home, Dr. Pricop decided to focus on the community where he grew up and to provide his services to the Essex County residents. Dr. Pricop enjoys all aspects of dentistry, but places a particular focus on preventative care, restorative and prosthodontics. During his free time, Dr. Pricop enjoys spending time with his wife Natalia and newborn son Jakub. They love the outdoors and are always looking forward to their next adventure. 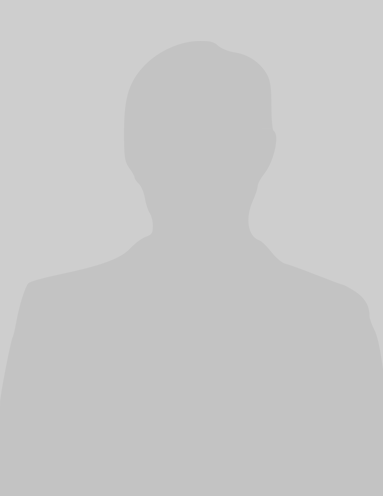 Charles Lim provides denture fitting and restoration services in our practice. He grew up in Korea and moved to Canada with his family when he was 12 years old. He trained as a denturist and completed his denturism program to become a licensed denturist in 2010. After practicing in London for three years he was offered a position at Bardgett Denture Clinic, where he still practices today. Charles has a certification in Biofunctional Prosthetic System, Candulor, and he’s a winner of the Myerson Denture set up competition. 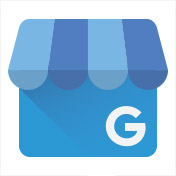 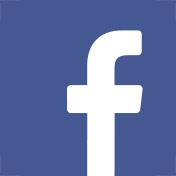